How to make your assets an asset 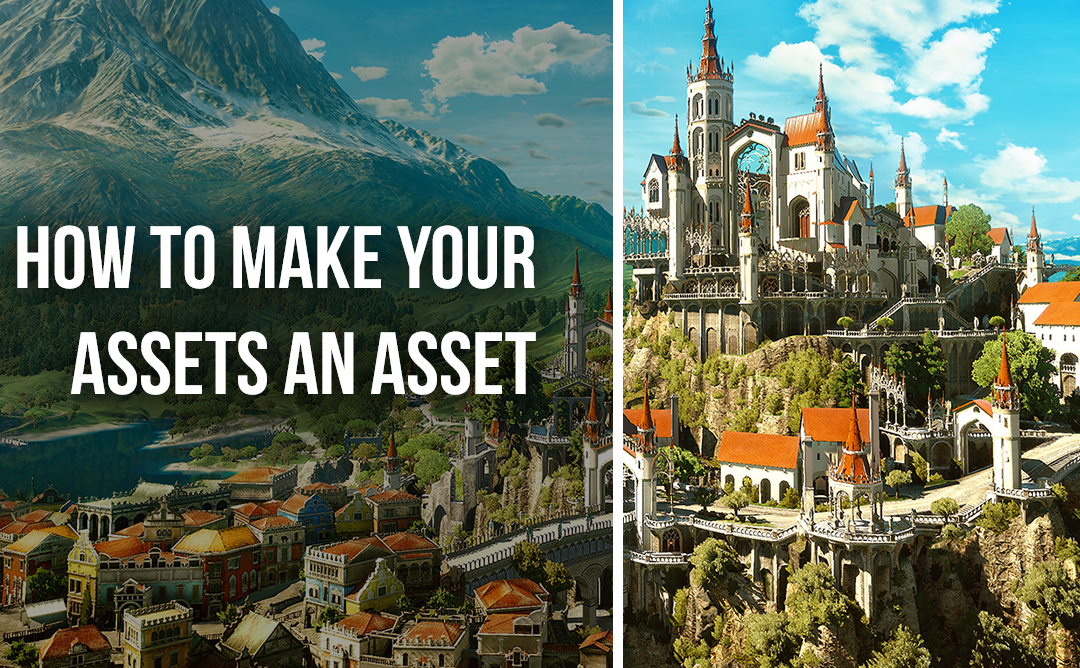 So, you’re ready to start sharing art from your game. Great! Images, especially shared through social media, are one of the fastest ways to spur organic growth and awareness. That said, there is a right way and a wrong way to display your beautifully crafted models and hand-drawn cells.

I’m sure you’ve seen it before, but it is crazy-making and gut-twisting to see social media accounts sharing down-rezzed and blurry images. They don’t look good. Period. Approaching asset design for marketing purposes should be done in a way similar to how a professional photographer handles their work. Imagine if those Josten’s photos from your school-picture days came back blurry, off-center, and generally ‘meh’? Your awful haircut from the day before aside, no one would want to display that bad boy on their fridge door.

While it’s unavoidable to put out ‘work-in-progress’ images–and sometimes that can even showcase a neat aspect of your game’s development–it’s easy to forget that even with a big fat “ALPHA – NOT FINAL” watermark, that image will often still be taken as a final piece of art. Just like with an art-school portfolio, you should put your best stuff out there, and trash the rest that will inevitably end up holding you back.

Always be sure to make your screenshots interesting and eye-catching. Here are some tips for catching that perfect shot:

There is a big difference between the three, and they are often confused with one another. We want you to know the difference so that when we have to turn your beautiful, high-res PNG into a crappier lower-res JPEG (which will load faster in email blasts and social media posts) it’ll still look great.

We could go into a crazy-long explanation about these; they’re topics hotly debated among graphic designers. So instead, if you want to do a deep dive, check out this excellent primer.

This isn’t going to be crazy different from other asset lists in this post, but let’s run through what you’ll want to include in press kits to ensure media have a lot of options for showcasing your game in their articles or videos. We’re not going to go fully into how to build a press kit in this post, but here are some tips on art assets in particular:

In addition to the assets above, there are also things you’ll want to provide to content creators on Twitch/YouTube that will entice people to remember your game. Make their lives easier, and your game more attractive, by providing the suggested assets below. It is important to make clear that the streamers/YouTubers are able to use these assets freely. Many content creators have expressed concerns about having content taken down due to using provided assets from developers.

Don’t assume that the images you put online are throw-aways, used simply to hit posting quotas. Treat each asset as a stand-alone marketing piece, asking yourself key questions like: “Would I click on this?”, “How likely is this to spark conversation?”, and “Does this make my game look as cool as I know it is?” Keep all this in mind and you’ll be ahead of the game.

If nothing else, the takeaway from this should read as such: As with anything else in life, you’ve got one chance to make a strong initial impression. Make it a good one.