Ironward came to us looking for a teaser that would get players excited about the upcoming launch of Solstice Chronicles: MIA. We wanted to create a narrative that drew attention and gave players a glimpse of the relationship between the protagonist and his drone. We also threw in a few snippets of awesome gameplay just to amp up the hype! 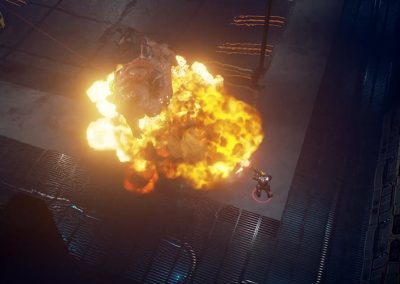