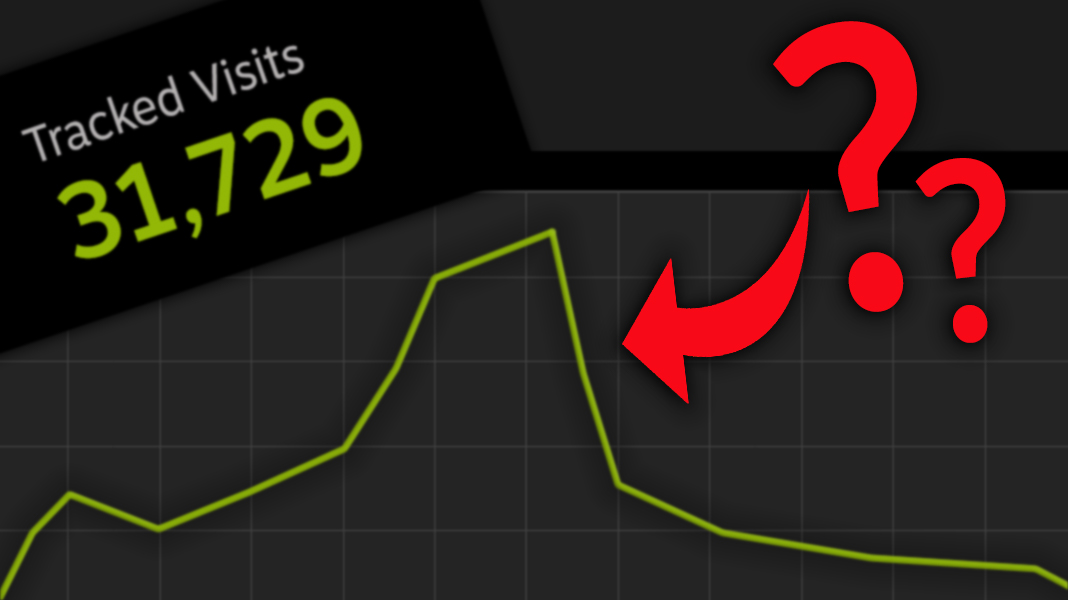 In April 2021, Steam launched their UTM (urchin tracking module) analytics feature into open beta. This provided further data to developers to measure the effectiveness of their marketing efforts on the platform.

A valuable part of what we do as an Insights team at Evolve PR is learning all we can through Steam analytics. Are our campaigns producing the expected results? What efforts result in spikes of Steam traffic? What effect does an influencer campaign have on wishlists?

Steam UTM links could become an important part of this puzzle. With specific attribution, we could measure the relative success (or not!) of ads, and other outreach efforts. However, as we began suggesting further implementation of UTM links in marketing efforts, we started to hear feedback from our clients that Steam UTM left a lot to be desired—which led to our public developer survey with GameDiscoverCo.

WHAT IS STEAM UTM, ANYWAY?

Urchin tracking modules (UTMs) are pieces of code which can be attached to links that will enable you to track where visiting traffic is coming from. Most are attached to analytical hubs such as Google Analytics or other third party proprietary tools (ie. Steam) which normally provide detailed reports on tracking performance and locations. These links become invaluable pieces of information for RoI from ads and other outreach initiatives to help determine future efforts in building up an audience or consumer base.

Is Steam UTM functional and useful for game development teams? Here’s what our survey found. but first – a little about our respondents:

Overall, developers ranked their experience with Steam’s UTM negative leaning. This matches up anecdotally with the indifference some of our clients have had towards Steam’s UTM functionality, but it’s not quite the full picture. We asked developers multiple long form questions to parse out the specific pain points with Steam’s UTM analytics, and how they could be made better.

“Q: What are Tracked Visits?
A: Tracked visits are by users who logged into Steam in the browser where they opened the UTM link. Only tracked visits are eligible for conversion (wishlist, purchase, activation) reporting.” – Steamworks Documentation

The issue here is that Steam is only counting visits when a user is logged into the browser version of Steam on their account, not the mobile or desktop app.

Because of this, developers answering the survey told us that at its worst, Steam  UTM “includes less than 30% of actual traffic” compared to 3rd party tracking tools, and “barely catches on to wishlists or activations”.

“Sadly having to be logged in with Steam while interacting with ads (in order to register a visit) often means we’re missing data and are without the full picture. As a result we tend to rely on our own bespoke tracking and/or other third party services.”

As developers have suggested, Steam could remedy this by having UTM links prompt the mobile or desktop apps to open—but as of yet this does not exist.

Another pain point we heard from developers is that they suspect Steam’s UTM tracking includes a high amount of bot traffic. Steam documentation includes provisions to filter out bot traffic, however respondents noted that the “amount of untracked visits for ads were way higher than the number of clicks registered by each ad platform”.

While Steam updates UTM conversion events hourly, developers may only view this data in day-by-day segments. This makes it incredibly difficult to pinpoint which article, live stream, or video, may have led to an increase in views and wishlists, especially during something like a busy launch event. Developers told us an enhanced suite of viewing parameters would be incredibly useful, for UTM analytics and beyond.

As one developer put it in our survey, Steam’s UTM analytics could best be described as “bare-bones”. While exemplary compared to behind the scenes developer tools that many other platforms offer, respondents nonetheless expected more from Steam’s implementation of UTM.

Due to Steam’s commitment to user privacy, some ideas brought up in responses to our survey, like geo and pixel tracking, will likely never be implemented (which, as a win for privacy, is a good thing). It should also be noted that the sample size for this survey was small: only 36 developers responded.

From the perspective of developers and marketers, a little extra functionality could go a long way. We’re still excited to see what Steam UTM analytics look like outside of an open beta—and will continue to experiment with them going forward.

Thank you to all developers who took the time to fill out our survey, stay tuned for more!

Special thanks to Simon Carless from GameDiscoverCo for helping us spread the word of this survey, editing the survey itself, and spreading the word of its results. Check him out!