When to Send a Follow-Up Email 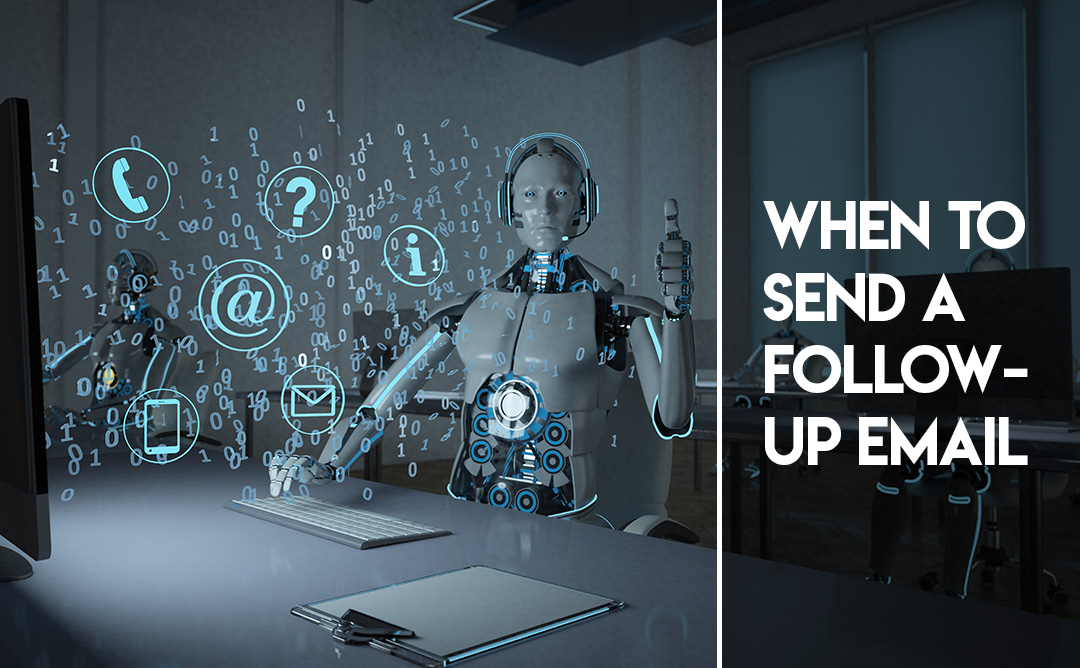 After joining the community team at Evolve PR, I was expecting people to ask me about social media or general community building, but instead, the most common question I get asked is: “When is the best time to follow up on an email?”

It’s a good question! If there’s one thing PR reps constantly complain about, it’s their inboxes. Balancing the guilt of adding more onto the inbox pile while still attending to your business is something I can relate to.

So I did the same thing any other person in my position with access to several PR reps would do, I asked my colleagues on Slack their opinion.

Astrid: “If it’s the first follow-up, about 3-4 days if it’s kiiinda timely and a week if it’s just a thing that exists.”
Tom: “I’m not against following up within a day if merited.”
Chris P: “Does depend on the urgency of the subject.”
Matt: “I like the symmetry of a week later, but that’s me being weird.”

Okay, so that’s far from the concrete answer you were probably looking for, so let’s break it down.

Maybe you have a sponsored stream coming up and you haven’t received a key yet. It’s less than a week away, so this could warrant sending one a day. Maybe there’s an event coming up (PAX/E3/press show) and you want a demo. Maybe you have questions about the embargo.

There are multitudes of reasons why would you do a follow-up or two within the same day, but really take a second and think if what you’re emailing about merits this, and don’t abuse it. Doing this regularly will not win you favours with anyone, but if your topic is both important and time-sensitive, it’s a perfectly acceptable practice.

If the subject you’re emailing about isn’t extremely time-sensitive, our internal guidelines is following up after approximately 3-4 business days, and we usually stop after the 3rd email.

We try really hard not to work on weekends for the sake of work-life balance and to prevent burnout, so plan follow-ups accordingly. Sending 10 emails on the weekend won’t be any more effective than a single email on Monday.

How about other means of communication?

So your emails are unanswered; does it overstep boundaries to message the person on Twitter/Discord/MySpace/wherever else?

This also comes down to the subject and urgency attached to it. If it’s extremely urgent, then it might warrant communication elsewhere. Another thing to take into account is your rapport/relationship with the PR rep. When it comes down to boundaries,we’re relying on you to make your best judgement.

Unless it’s ABSOLUTELY critical, we won’t be responding on weekends or after hours (9-5 pm in the person’s timezone).

Why was my email unanswered in the first place?

While we can’t answer for the whole industry, our reps regularly receive dozens of emails every day, and even over a hundred on a bad day. That’s on top of the mail they receive from Terminals, Slack, DMs on Twitter, Discord messages, etc. etc. There’s an overwhelming amount of communication already happening, and it takes time to answer them.
Speaking of time, our reps have client meetings to attend to, plans to craft, Terminals news blasts to draft, target lists to build, and several other work tasks to accomplish, so there’s also limited time to answer said communications.

With the above two points in mind, the most likely reason your email hasn’t been answered is that it’s hit The Backlog™. It’s not because the rep hates you. It’s not that we don’t care. There’s just simply not enough time in the day to get to everything, and we try our best to get to everyone, we really do. We’re constantly yelling at reps to stop working post-work hours.

While The Backlog™ is the most likely culprit, we are also humans and sometimes make mistakes. Sometimes we accidentally delete or achieve something, sometimes we see an email and think “oh, I don’t have the answer for this right now, I’ll answer in the morning,” and then forget because there was a PR emergency. It doesn’t happen often, but it does happen, so sending a follow-up email after a bit of time isn’t a bad idea!

How do I increase the chances of my email being answered?

Send emails during optimal times. Since we don’t work weekends or usually evenings, if you send an email at 8pm on a Friday night, it’s going to end up at the bottom of the pile by Monday morning. Many email clients allow you to schedule emails, so if you have the time, try sending an email during business day work hours to make sure your email is sitting at the top of the pile.

Obvious and to the point subject lines. When scanning through the emails, it helps if we know exactly what it’s about rather than something obscure. Good examples would be: “Questions about [game]’s embargo” or “[Game] key doesn’t work when redeeming.”

Keep your email body short and to the point, but include necessary information. This includes the game that you’re contacting about, and what exactly you need/want. If you’re asking about game keys, we need to know for what platform and what region. The more you can cut down on back and forth, the quicker you will get your answer.

There is no real, concrete answer to this question. Like many things in life, it sits in one of these many shades of gray. A universal agreement, though, is that if you can keep it professional and understanding, we much prefer working with you.

At the end of the day, everyone is just human and we’re trying our best!