Comedy, Gaming, PR, and the Fall of Corporate Shitposting: An Evolve Q&A with Jeremy Kaplowitz, Editor-in-Chief of Hard Drive 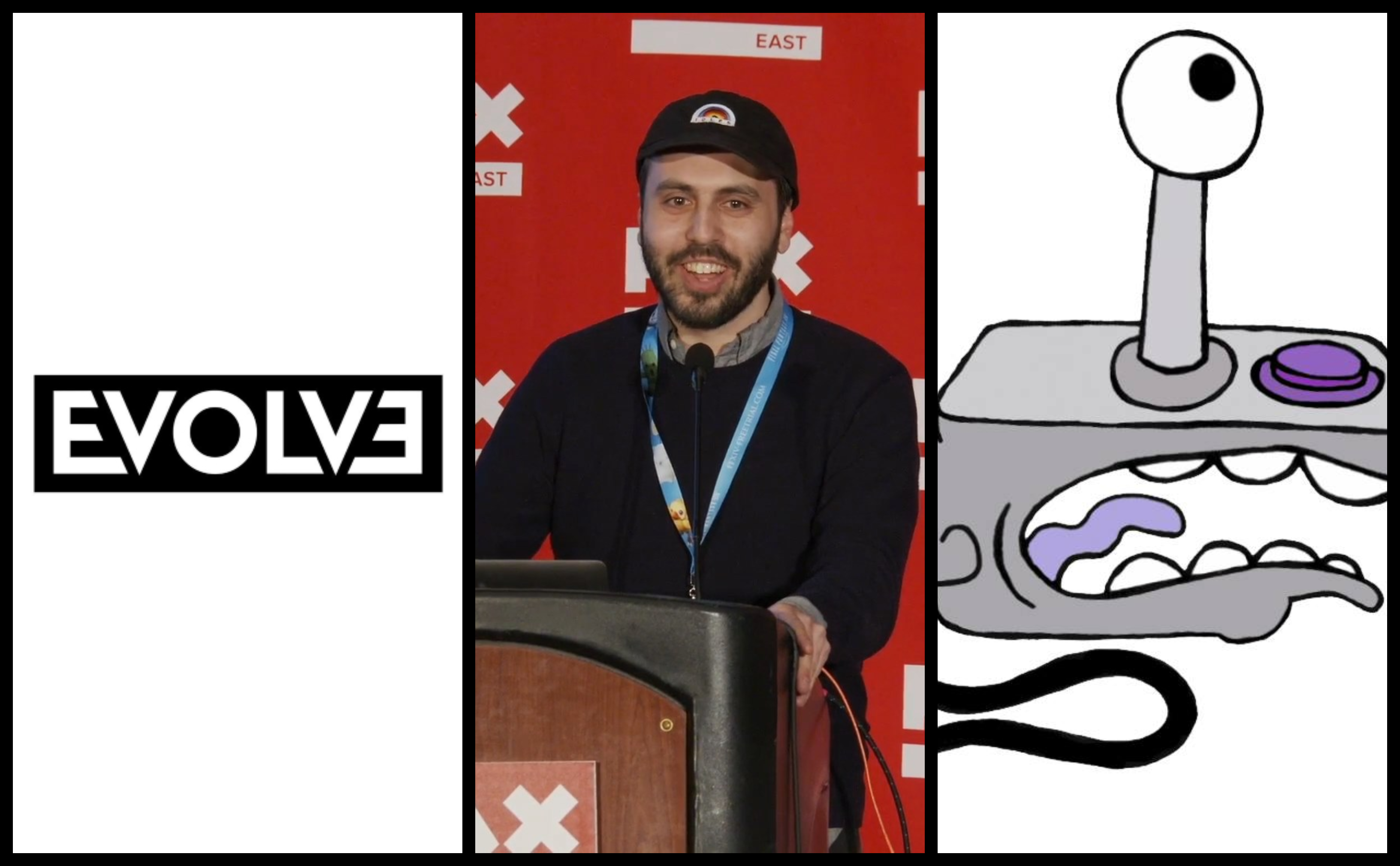 Think of the last good advertisement you saw. The odds are that it didn’t wedge itself into your brain because it accurately described the speed of an express shipping service. It’s highly likely that you remember it because it made you laugh.

While car insurance and body deodorant aren’t inherently fun, brands such as Geico and Old Spice have built their public brands on making you laugh with absurdist comedy, toeing the line between TV commercial and comedy sketch with their various spots. Laughing releases the neurotransmitter dopamine which serves as a reward for the brain and makes us feel a small sense of euphoria. We then associate that positive feeling with whatever made us laugh, and we remember it.

From a publicity standpoint, journalists and editors can receive dozens of press releases every day. Want to catch their attention and gain coverage? Make ‘em laugh, or at least make them do that little nostril exhale thing. Our PR Specialists such as Shawn Petraschuk and Wout van Halderan frequently use humour in their releases, usually in the intro or the subject line. “I use a more personal intro to try and gain leverage and appeal to targets as a human rather than a press-release regurgitator,” says Petraschuk. “Humour works inside of a press release too, but the intro is vital in appealing to the human need to connect with people.”

“Even a groan and eye-roll at a banger of a dad-joke is still a reaction,” adds van Halderen.

When it comes to social media, comedy is even more important, especially on Twitter. The platform is a go-to spot for comedians to share snappy jokes. People have even made careers in comedy out of being funny on Twitter. Naturally, brands wanted to cash in on the fun, and now it’s almost unusual for a brand to be humorless on Twitter.

A post that has a flashy asset and describes a game mechanic succinctly is slick and professional, but it probably isn’t going to gain much traction outside of the game’s core audience. However, if that same tweet is also funny, users are going to want to share it with their friends and followers, people who may or may not even be familiar with the game. How often have you sent a friend something that made you laugh or re-told a killer joke? Laughter is best when shared with others. Comedic content has the ultimate crossover appeal.

The question then arises: how do we make gamers laugh? Different types of people have different senses of humour, and that goes for different crowds and communities. Some groups may even have esoteric inside jokes that would be complete nonsense to an outsider. While gaming brands should want in on the comedy action, they very easily risk looking like Steve Buscemi’s character in 30 Rock if they can’t relate to their audience. If their players recoil instead of smirking, their relationship with the game can worsen.

To answer this question, I spoke with New York-based writer/comedian Jeremy Kaplowitz. Kaplowitz is best known as the editor of Hard Drive, a satirical video-game news site that he helped found in 2017 that attracts 1.5 million visitors a month. He’s also the “campaign manager” for Ace Watkins, “the only Gamer running for President of the United States”; a podcaster; and an actively performing stand-up of eight years. If there’s one person who could be considered an expert on the intersection of video games and comedy, it’s him. We chatted about Hard Drive’s approach to satire, his aversion to corporate shitposting, and how we as a PR firm should (or shouldn’t) use comedy to promote our games.

ML: Hard Drive satirizes all facets of gaming, with detours into anime, comic books, sci-fi, and anything really that falls under the umbrella of “nerd culture.” There are pieces that feature fictional characters, poke fun at “game logic”, or satirize gamers themselves.

In your several years with Hard Drive, what topics or types of articles have you noticed resonate the best with readers?

JK: I think the jokes that resonate the best are the ones that satirize the real world. When we first started the site, we thought it would be mostly reporting from within the world of video games, like “Mario Does blah blah blah,” but we quickly learned that it was much more fun to make jokes about the way people play video games and the way the video game industry works. We want our site to look like IGN from the Twilight Zone. I think those resonate the most with readers as well because they’re more relatable and fun to share with people, as opposed to something more surreal and unrealistic. We still do a lot of both types of articles, of course.

ML: Now, as fun as it can sometimes be to pile on an easy target that likely deserves it, I think sometimes the funniest satire actually comes from a place of appreciation.

How do you go about satirizing beloved games, characters, or people without being cruel or cheap?

JK: Yeah we absolutely made an effort right from the beginning to be a gaming comedy website that is for people who like games. I think that so much of video game comedy is bad and so much of what people think of when they think of gamers is right-wing, racist, or misogynist. But there are so many people who love video games and aren’t little monsters. So from day one, we made sure to avoid stereotypes about gamers and come from a place of video game fans on the left.

Over time, now that we have sort of established our credibility as a website that isn’t around just to dunk on people who have a hobby, we have made jokes at our own expense — because it’s now clear that it’s self-deprecating. [However], we are always happy to make fun of shitty famous people in video games, like Pewdiepie or whoever, when they’re in the news.

ML: Do you ever look at brands, studios, or games’ attempts to be funny and cringe? If so, what should they be doing differently?

JK: I definitely do. I think it’s kind of inherently difficult to be funny or relatable online when people know they’re looking at something that went through a committee and is designed to sell a product. It varies depending on the context, but I think I generally respect a brand more when they’re more honest about what they’re trying to do.

I really like Dr. Pepper because it tastes good, but I don’t want Dr. Pepper to be my friend and I find it creepy. Also I think everyone should hire real comedians to write jokes for them. I have a sneaking suspicion that a lot of marketing executives think they’re really funny and there’s no one with enough power to tell them “no.” Marketing executives: you’re not funny and there are so many funny comedians and writers who would love to make jokes for you.

ML: Fair enough. Alternatively, are there any video game brand accounts that you think do it well, that are funny, but in an honest and authentic way that doesn’t seem too forced?

JK: I always liked the video content by Polygon and I think, due to them having recognizable personalities that I like in longer-form content, it’s easier for me to get on board with their other stuff because I already attach them to real people. I generally dislike fast-food-branded video game accounts like KFC Gaming or whatever, but maybe I’m pretty biased on that because I had my satirical Raytheon Gaming account suspended from Twitter.

ML: Polygon would be a media outlet, but I’m thinking more like a dev studio, game, or publisher that has non-cringey social content. Like, Xbox Game Pass is super goofy. Do you think that’s funny and authentic, or like a corporate appropriation of online humour?

JK: I generally don’t like it but I understand why other people do and I don’t fault them for it. Xbox Game Pass is one of the better ones, I suppose, but no I don’t really like it.

ML: With that being the case, how should we as gaming publicists and community managers be using comedy? Should we just leave comedy to the comedians and stick to just showing gameplay and art assets, or is there a way to integrate it in a way that is true to the art form? Or am I just terribly overthinking this? (laughs)

JK: Yeah, I mean, I am obviously in the minority when it comes to not liking that sort of stuff so there’s nothing wrong with liking it. I think Nintendo does a really good job of showing off their games. Their social media presence is fun but not trying to be your friend, and their Nintendo Directs are silly without feeling forced.

ML: Yeah, I understand. I also think that the bigger the brand, the ickier it can sometimes feel. Something like KFC Gaming honestly rubs me the wrong way, because they’re not even in the gaming world. Streamers and online personalities can spend years building an audience, and then KFC just gets to buy its way into that scene.

So, would I be safe to summarize your views as such: have fun, connect with your players and make ’em laugh, but don’t overstep and try and be their friend? Oh, and give paid opportunities to actual writers and comedians.

ML: Any concluding thoughts on gaming, comedy, or gaming promotion?

JK: I am a big believer in the idea that content is king. If you make the best things and you do so consistently, then more people will want it. Obviously there’s a million other factors that make things less a meritocracy than they should be but all we can do is try to make the best things we can.