Looking Back (and Forward) to TwitchCon 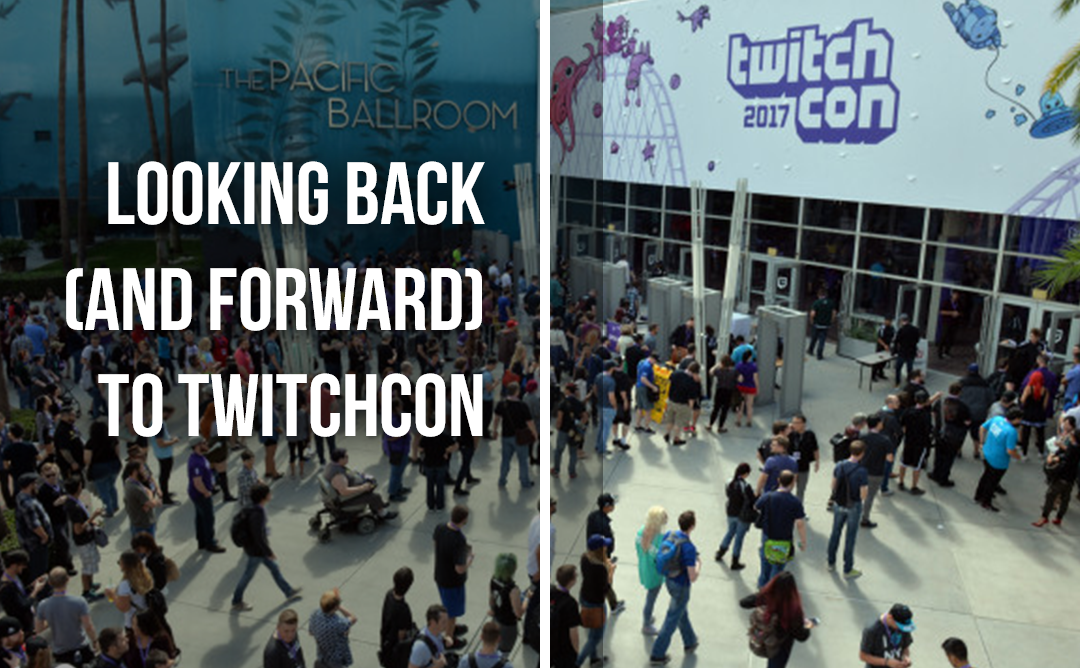 Having just completed its third year, TwitchCon has weathered some initial growing pains and appears to be regular fixture in the convention scene. Evolve PR has had a presence at each event, and we wanted to provide some insight from the perspective of an exhibitor showcasing a game. And, even though the next TwitchCon is a year away, much of this is easily applicable to other events.

The first thing you need to understand is that TwitchCon is not about video games per se. Rather, it’s best to think of TwitchCon as a lifestyle event with a focus on live entertainment and bringing streamers and fans together. Games just happen to be the thing we all have in common.

If you’re looking for immediate coverage for your game, you’re at the wrong event. Traditional gaming press is scarce, and the live nature of Twitch means recap videos are few and far between. In fact, it’s not all that uncommon for an attendee to never demo a single game in the expo hall.

This might give you pause as a potential exhibitor, and rightfully so. Unlike an event such as PAX, where the sheer number of people can offset a few bumps in the road, a successful presence at TwitchCon requires careful examination of your game, your expectations, and your plans for Twitch.

As an exhibitor with an upcoming game, it’s obviously great if general attendees play the game, but your main goal should be to develop relationships with streamers to lay the foundations for future coverage. But first, you need to take a long, hard look at what you are actually offering.

For many Twitch streamers, their channels are their current or future businesses. Their duties are to their viewers. If your game cannot be quickly understood or if it’s simply not fun to watch it being played, then you need to reassess your demo. If the demo isn’t the problem, then you need to ask if Twitch is really the right platform to be targeting.

If you’re an exhibitor with an already established game, you obviously still want to have a strong demo to showcase, but you also need to realize that you will largely be preaching to the converted. You may reach some new fans, but for you, TwitchCon is an opportunity to stoke the flames of enthusiasm.

With Fortnite Battle Royale, for example, we offered players at TwitchCon the opportunity to score physical hats, unavailable elsewhere, if their squads came out on top. This brought in a lot of repeat players including some well-known streamers, which had the effect of bringing even more people to the booth.

Before you go and max out your budget on merchandise though, keep in mind that this idea worked well for Fornite due to the game’s preexisting popularity. Prizes and giveaways can still draw an audience to a lesser-known title, but you need to be realistic and ask whether people are more interested in your game or the prospect of free stuff.

In either case, whether your game is upcoming or established, you need to go in with a plan of action that relates specifically to Twitch. On one hand, this means identifying and effectively relaying strengths of the game that will be of interest to streamers and their viewers, such as Twitch integration or features that instill extended replay value.

Equally as important is the need to be clear about expectations on both sides of the table. Maybe you simply plan to offer promotional copies of your game to try, or maybe you’re building a crew of brand ambassadors who get first access to new features. Regardless, the more clearly you can communicate your goals and intentions, the better your chances of forging effective relationships.

Too often, event exhibitors expect that people will play a game simply because it’s there, and that can be a quick path to disappointment. This is especially true of TwitchCon, where the focus is more on the people and less on individual games. With a bit of planning and realistic assessment though, we think TwitchCon is shaping up to be a solid event to consider for your convention lineup.